Our statistics for 2018 are looking pretty good; after a cautious start the season has picked up momentum. We’ve just returned from our annual pilgrimage to Spa and that story – once we’ve run it past our lawyers – will feature in a future post.

For those of you who only read this far, it’s five races and won three of them. But if you have a mug of cocoa handy this is the story so far…

Both Tim Davis and Christian Pittard were lapping impressively quickly in Friday testing before the season-opening meeting on the Snetterton 200 circuit, under the lap record and showing ominous pace. But on race day strangely neither really sparkled and it wasn’t due to any Boss ‘driver preparation’ the night before! 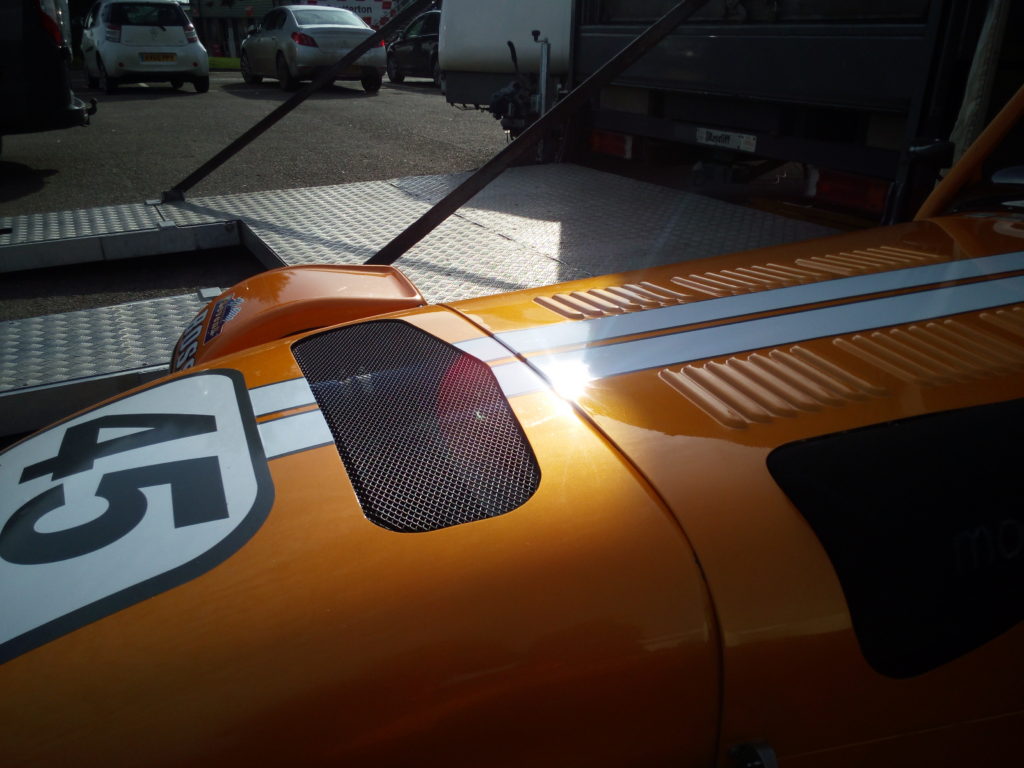 Christian took the lead at the start with Tim slotting in behind, although he fell back to third on lap 2. Christian lost the lead on lap 10 and Tim dropped to fourth. He dived for the pits two laps later with Christian following. He would finish 44 seconds behind the winner but Tim dropped out on lap 14 with electrical gremlins. Richard retired a lap later. Peter was 16th and second in his class.

rd sixth. Tim took the lead on the second lap and held it until Christian passed him three laps later. Two pit stops put him a couple of laps down and that was too much of a handicap even for Tim. He did well to climb back to seventh and a lap behind by the flag. Christian made his stop on lap 16 and battled his way back to third by the 29th and penultimate lap. At the flag he was 6.8 sec behind the leader with Richard fifth.

We felt Christian should have finished second. That was because one of our biggest rivals, Gary Bate, had been released from his pit stop five seconds early by his pit crew. We didn’t protest but we did have a quiet word to let his team know we’ll be watching in future! In fairness, though, Bate did come in with a wing hanging off so his crew may have been distracted by this.

Our results were still pretty respectable but we felt we could have done better and we were sure that if everything gelled then the results would come.

The race was a cracker. Tim and Christian were at it hammer and tongs as soon as the lights went out. Tim took the lead with Christian right behind him. Christian passed on lap 9, Tim was back in front three laps later. Then he pitted. Christian came in a lap later. The battle was resumed after the stops with Tim, after a super  aggressive

pitstop (he changed ‘up’ as he entered the pit lane!) which required some nifty footwork from Rob, eight seconds in front. But the early pitstops meant there were still 25 minutes of the race left and Christian slowly reeled the number 80 car back in. By the penultimate lap they were together and a marvellous couple of laps ensued – at least for the spectators! In the end a cool head won over hot tyres as Christian led over the line. Jonny was fifth and first in his class, while Hugh was eighth and Peter 14th.

The battle between Christian and Tim was re-joined in the open series race. Christian this time qualified on pole with Tim alongside him. Richard was fourth, Hugh a class-leading sixth and Peter 14th. Tim jumped into the lead from the start with Christian right behind. The pair swapped positions on lap 6.

Tim pitted on lap 10 and worked his way back to second by lap 17. He re-took the lead a lap later and held it to the end ahead of a pair of 3.6 litre Ginetta G55s. Christian set the fastest lap in his class on his way to fourth, the car stuck in fifth gear after the pneumatic selector shaft snapped, while Hugh was eighth. He too set fastest lap in his class. Peter was 22nd.

So that was two poles, two wins and two fastest laps as well as a selection of class wins.

While southern parts of the country were enjoying warm sunshine a month later it was a different story in Cheshire. It was raining when the cars came out to qualify for the Mag Sevens race at the CSCC’s one-day Oulton Park gathering on 2 June.

Tim was fourth on the grid but Hugh, despite unfamiliar wet tyres, got down to a class-leading seventh less than a second behind – a mighty lap. Other Boss Racing customers, William Redman (420R), Peter Hargroves (Superlight R2000) and Peter French (Superlight 1800), struggled in the damp conditions. They took 26th, 30th and 38th places on the grid respectively.

Tim made a demon start, jumping into the lead by the first corner, although he was passed by pole-sitter Nicholas Grindrod. The two traded the lead until the pit stops. Tim re-joined ahead but lifted off for a couple of laps when a piece of rubber wedged itself in the exhaust and he saw smoke coming from his bonnet. By the time it cleared Grindrod and Gary Bate had gone by.

But Grindrod was delayed by a back-marker, leaving Tim and Gary to slug it out to the finish. When the flag came out early, Tim was the only runner not disappointed – that may have been because in the lead at the time! His winning margin was just 0.723 sec. He also set fastest race lap.

The ever-improving Hugh wasn’t able to capitalise on his fourth row starting slot. He felt unwell during the race and retired at his pit stop, but not before recording the best lap in his class. I’m happy to say he’s now fully recovered. Meanwhile, Peter celebrated his best-ever result with a class win and 10th overall. William struggled to the flag despite electrical problems, albeit in 28th place, while Peter French recovered to finish 24th. 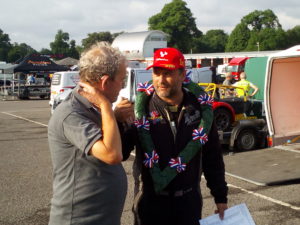 So with three wins in a row we headed off to Spa Francorchamps which was to have the usual heartbreak, elation…..and late night jacuzzis in store. 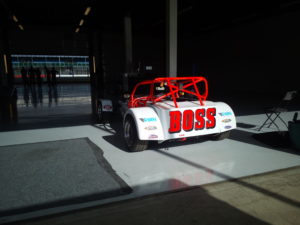