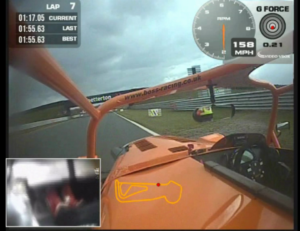 158 mph! The highest top speed we have ever seen in a Caterham

Caterham Sevens developed and prepared by Boss Racing of Longfield, Kent, dominated two of the most popular series for which these cars are eligible during the 2019 British club racing season.

Out of 19 Gold Arts Magnificent Sevens and All-Comers’ races organised by the Classic Sports Car Club, Boss Racing’s clients won 12 of them.

They also achieved a total of 28 podium positions, 11 poles and 12 fastest laps. This was despite wet weather which affected several meetings during the season and, on one occasion, resulted in a race being abandoned. 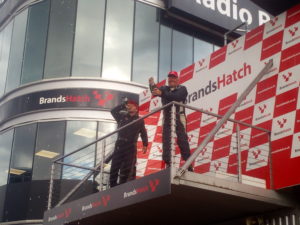 Among the year’s highlights were winning first, second and third places on the Brands Hatch Grand Prix circuit and first, second and third in both races run on the Indy circuit. The team also visited Spa, Belgium and Dijon, France, where the cars raced wheel-to-wheel at over 150 mph in pouring rain to win both races entered, together with two second place finishes.
“These results show that we build Britain’s fastest Caterham Sevens,” says Robert Singleton, director of Boss Racing. “They’re also a tribute to the professionalism and hard work of our team and the skill and determination of our drivers. 2019 was truly a year to remember.”

The cars may not look very different to the first Lotus Sevens but these high-tech Caterham race cars are a world away from Colin Chapman’s original design. Three of the C400s run by Boss Racing are powered by engines of 2,400-2,500cc based on the Ford Duratec unit and developed and built in-house by Dave Singleton, a man with over 40 years’ experience whose skills are widely recognised. 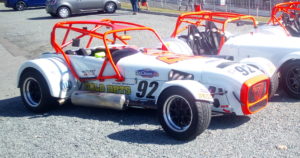 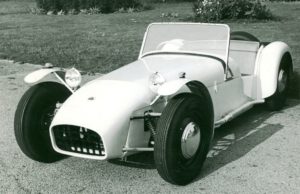 These units produce between 300 and 370 bhp, ten times more than the original Seven back in 1957. New for this year is a 2.5 litre supercharged Duratec engine for one our customer CSRs giving it a power-to-weight ratio of over 700bhp per ton, which is superior to a Bugatti Veyron. Despite running at 370hp and a monstrous 265 ft.lb of torque it has proven to be super reliable and extremely driveable due to the linear nature of the power delivery – it has 250ft.lb of torque from 4500 to 8000rpm!

One of the features that allows the drivers to deal with such power is a Sadev sequential gearbox operated with an automated paddle shift gear change. Along with flat upshifts and clutchless downshifts, a big advantage in a traction limited car on road tyres is being able to keep both hands on the steering wheel at all times!

In the quest for traction the CSR caterham has an advantage with its inboard front suspension allows easy adjustments of droop to control the way the car squats, something that is tricky with a series 3 car with outboard suspension and a fixed length damper. So this year we have been working with Quantum Racing to design a damper with separate spring and ride height adjustment. The first set were used in the second half of the season picking up a number of wins are now available to purchase. Being able to adjust the amount of droop or even run with zero droop opens up a lot of options by controlling the way the front lifts under power and cornering. 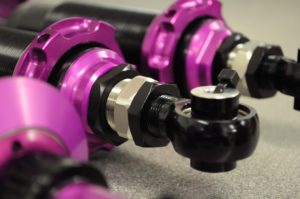 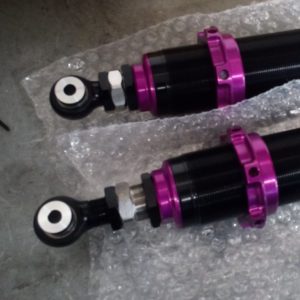 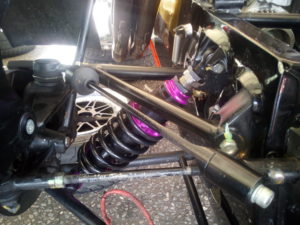 Another kind of lift is aerodynamic and the Seven shape is notorious for both lift and drag. While this makes for great racing, with the cars able to follow in close formation, we are always looking for ways to improve within a strict set of rules that bans aerodynamic devices and any changes to the silhouette of the vehicle. There is however scope to reduce the parasitic drag of existing items so lights for example have been redesigned to reduce drag and as speeds rise small gains give greater rewards; if a 200hp car has a top speed of 130mph it will require 300hp to hit 150mph. 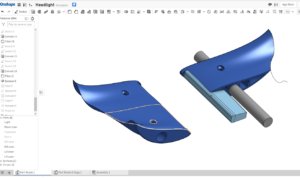 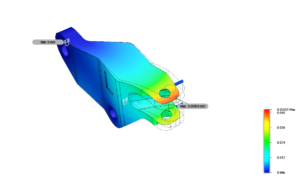 Robert Singleton says: “Our development programme will continue through the winter so next season promises even better results. We’ll be even faster.”