What a difference a week makes! On our last visit to Brands it was wet and cold and Dean Cook retired. Last Sunday it was warm and sunny and Dean was the hero of the hour with two dominating performances.

The spectacular and well-attended American Speedfest, the third in the series, included two rounds of the popular Bernie’s V8 Challenge, plus two for SpeedFest Silhouettes in which drivers could earn points towards the 2015 Avon Intermarque Championship.

In the first silhouettes dash our man Paul Adams in his Mercedes SLK look-alike took seventh spot on the grid and finished sixth. He started the second from the front row but was unable tom capitalise on this because a first lap accident at Druids caused him to take evasive action. Out came the safety car meaning that when racing re-started Paul had a fair bit of work to do and he clawed his way up to eighth at the finish.

Dean, meanwhile, had dominated the V8s, heading the growling, grumbling, snarling, popping and banging field from the start of both rounds. In the first he was passed by Tim, although the silver TVR Tuscan retired on the ninth lap. This left the red Cerbera free to clear off at the head of the pack to a win a fast and furious race that had to be red-flagged after 16 of the planned 20-minutes.

Sadly, the battle between the two TVRs had been cut short when Tim was forced to pull off. His engine had started making “clanking noises” when suspected lubrication system troubles intervened, causing him to miss the second round. Dean sportingly offered Tim the loan of his car for the race but the Brands officials ruled that he couldn’t compete in a car he hadn’t driven that day. “Far enough, I suppose,” was Tim’s rueful comment.

He absence left the way clear for Dean to lead the second 30 minute race which also featured a mandatory pit stop. He was kept honest first by the Lim/James Ram Cobra and then by surprisingly rapid Sunbeam Tiger of William Smallridge

Despite the heavy traffic Dean appeared to have matters well in hand. “It’s been a great day,” was his comment from the top step of the podium, as well it might after such a totally convincing performance.

As ever, both the Brands Bernie’s V8 rounds were characterised by a large and varied entry featuring British, American and Anglo-American machinery ranging from TVRs and MGs to Mustangs and amazing V8-motivated Mk 1 Escorts.

But Dean had the measure of them all, as did Tim while he lasted. Dean set fastest lap in both rounds and in fact, he and Tim were the only drivers to lap within 52 seconds.

Ah, yes, Tim. With his next outing being at Spa in three weeks’ time it’s not hard to guess how the Boss Racing team will be spending the intervening time. Well, it is what we do.

It may have started all grey and damp, but for Team Boss the last day of May ended with a nice drop of sunshine – and it wasn’t entirely to do with the brightening weather.

Two class wins and a memorable fastest lap wasn’t a bad day’s work and being at our home track, Brands Hatch, just added to the pleasure.

We were there with seven assorted Caterhams and a brace of TVRs to contest three events at the Classic Sports Car Club’s third meeting of 2015 and it’s first of two visits to the Indy circuit.

In the Gold Arts Magnificent Sevens Group 2 we had six cars running in three classes in a 40-minute race which also involved a mandatory pit stop. It rained during qualifying but our runners certainly didn’t disgrace themselves.

Christian Pittard had the best of it with sixth spot on the grid. Graham Charman started two places further back with Jonathan Pittard another two places behind him.

And it was Jonathan who did best in the race itself. He took seventh overall with his 1998cc Superlight R and first in class E for cars with up to 220bhp. Graham was 16th with his Superlight 400 and third in class D, while Colin Watson was 11th overall and third in class H with his R300. C400-mounted Mark Simmons also took a class third – in class E – on his way to 14th overall, while Hugh Coulter in his R300 was fourth in a class D.

By the time the group 1 cars came out to play the track was beginning to dry but it was still slippery as I was to discover. It was my first time in our number 90 Superlight and my first time out since I’d stuffed number 92 nose-first into the bank at Mallory Park a week earlier.

Nineteenth on the grid wasn’t much to shout about so I felt I should be able to improve on that in the race. The pit stop went OK – thanks, guys – but at one point during the race I made contact with another competitor while trying to pass. The result was a 360-degree spin plus a stalled engine. That cost me some time plus a wing. 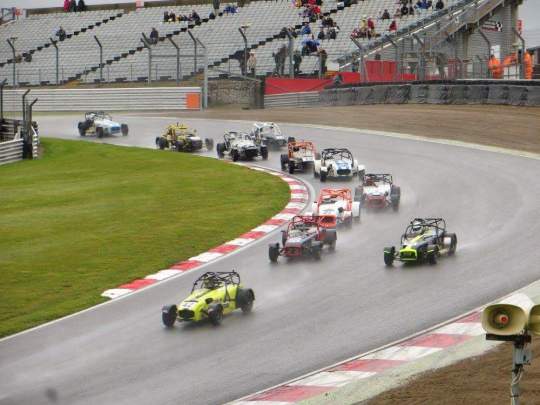 Despite that I had a great time. I finished eighth and first in class A for the lowest power cars. At one point I thought I’d inadvertently held up the winning Roadsport shared by Wil Arif and Stephen Mansell. But after the race Wil – in his first ever Caterham race – was kind enough to say he hadn’t noticed. “We all have to drive our own races,” said the veteran Brands instructor.

In between the two Caterham races came the fast and furious New Millenium and Dunlop Puma Cup race. Another 40-minuter with mandatory pit stop, this event attracted a very mixed bag of quick cars including our two TVRs, the grey Tuscan of Tim Davis and the red Sagaris of Dean Cook. 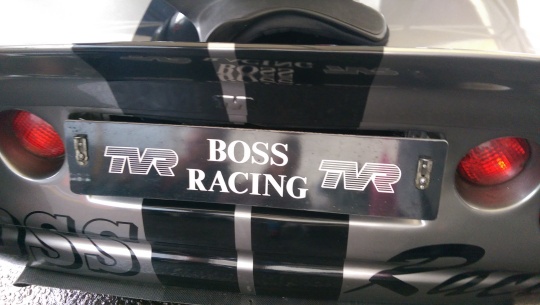 Qualifying had been wet but Tim took fourth spot on the grid with Dean, a little unhappy with the conditions, down in 23rd. Indeed, the damp track didn’t suit the powerful V8s but Tim kept his well in contention until his pit-stop.

Thanks to his success at Silverstone earlier in the month Tim had a 30-second winner’s penalty added to his time in the pits. Once that had been counted down he rocketed back a lap down on the race-leading Porsche Boxter of James and Alan Broad. As the track surface dried, though, Tim’s race came alive.

You didn’t need a stop watch to tell he was the fastest out there. As the race wound down Tim had the big Tuscan well wound up as it rumbled round visibly quicker than anything else on the circuit. Tim not only got back on to the lead lap but hauled himself up to fifth by the flag – not bad for someone with a 30 secs handicap to overcome. Tim’s best lap was 57.463 sec: only he and the winning Porsche went round inside a minute.

Dean, meanwhile, was out soon after the pit stop window opened. The car trickled down the pit lane in a manner which, according to race commentator Mark Werrell, didn’t suggest “the body language of a car heading for a mandatory pit stop.” He wasn’t wrong: the wicked looking coupe with the bulge in the roof to accommodate its driver was suffering from fuel pressure problems.

But even that couldn’t dampen our spirits. And as we were packing up to go home the sun broke through the clouds. Next week-end we’re back at Brands for one of its landmark meetings of the year, the American Speedfest. See you there. 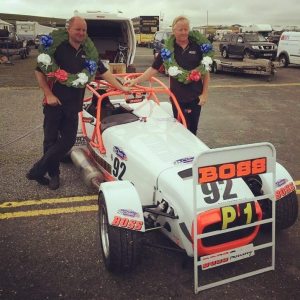 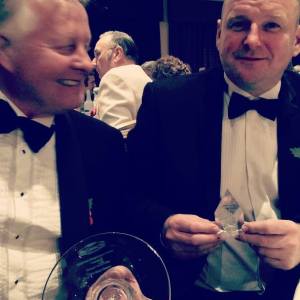 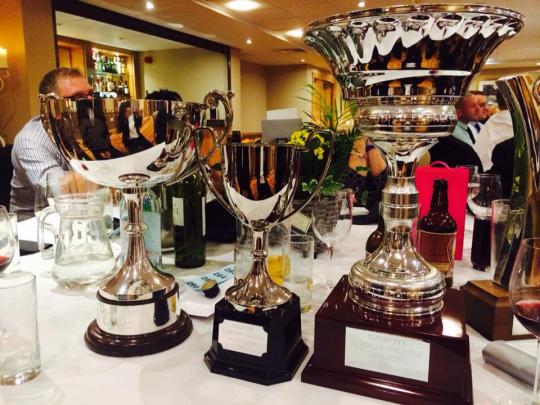